Celia Hammond was a model in the 1960's who has devoted her life to improving the welfare of cats and dogs in the U.K and today campaigns for the rights of all animals.

In 1986 Celia founded the Celia Hammond Animal Trust with the aim of opening a low cost neutering clinic to control the feral cat population. Celia's thinking was that if she could neuter enough pet cats fewer cats would be thrown out to become feral on the street. The cost of neutering in those days was comparatively very high and the cost was out of the reach of many pet owners, Celia's objective was that neutering would be within the reach of everyone who owned a pet. The first of these clinics opened in Lewisham in 1995, and a second opened in Canning Town in 1999. The Celia Hammond Animal Trust also runs a sanctuary in Brede (Nr Hastings) for animals who are not suitable to be homed for various reasons. In addition to neutering animals, the clinics (and sanctuary) also help to rescue and rehome animals - now homing thousands of cats each year. The clinics have now progressed to providing a complete veterinary service for animals who will not receive treatment elsewhere due to their owners financial situation.

Where It All Started

Celia Hammond was a top model in the 60's, appearing on countless Vogue covers and travelling all over the world on photographic assignments. Although she became a vegetarian in her teens, she ironically became one of the country's top fur models - until she saw some footage on television of the Canadian seal cull and told of her horror in a press interview. Contacted by Lady Dowding of the charity Beauty Without Cruelty, Celia agreed to fly to the Gulf of St Lawrence, as an observer of the seal cull for BWC. Having witnessed the appalling cruelty of the seal hunt, she immediately vowed never to model fur again and persuaded all the top models of the day to give up promoting fur. This resulted in a great deal of publicity and Celia realised that her modelling career gave her an ideal platform from which to campaign against the fur trade, factory farming, vivisection, and other animal abuses including, much later, the live export of sheep, calves and pigs across Europe from the UK. 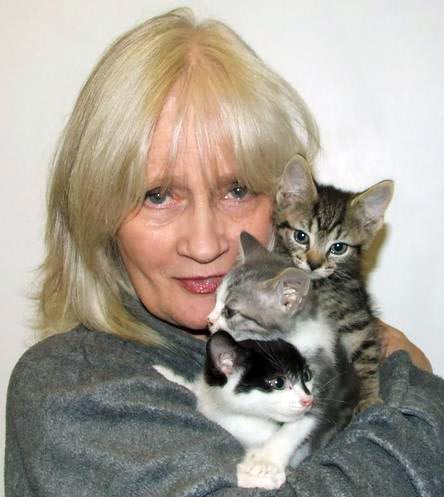 lso became involved in rescuing, neutering and rehoming stray and unwanted animals. She learned how to trap feral cats, developing her own equipment, and started to trap, neuter and return to suitable sites many thousands of feral cats at a time when euthanasia of feral cats was considered the only option. She fought many battles with local authorities, hospitals, environmental health departments and succeeded over several years in elevating the status of feral cats from near vermin to animals worthy of humane treatment and showing that control could be achieved by neutering and not killing. She opened a sanctuary in the country for the many cats that could not, because of redevelopment or demolition of existing sites, could not be returned to their own environment and rehomed many thousands of neutered, vaccinated ferals on smallholdings, farms and stables.

Celia's work with animals became so all consuming that in the early 70's she gave up her career to devote her life to animal welfare and has since then been deeply involved in rescuing and rehoming many ten's of thousands of animals, mainly stray and abandoned animals off the streets. Because she felt so strongly that the huge feral cat population derived largely from an uncontrolled domestic cat population, she passionately believed that the establishment of low cost neuter clinics, such as those operating so effectively in Canada and the USA, would offer a humane solution to the ever increasing unwanted animal population in the UK.

This idea was not popular at the time, so in 1986 she founded the Celia Hammond Animal Trust, with the main objective of setting up low cost neuter and vaccination clinics, thus bringing responsible pet ownership within the reach of everyone. After a huge fund raising effort, the first clinic opened in Lewisham, South East London, in October 1995 and was fully booked almost from day one. After a short while an average of fifty dogs and one hundred cats were being neutered every week. In January 1999 a second clinic was opened in East London and was soon neutering the same numbers. Both London clinics operate a 24-hour rescue/rehoming service. Celia's sanctuary in East Sussex usually has around three hundred animals either awaiting rehoming or resident in comfort in the sanctuary's sixty acres of beautiful countryside for the rest of their lives.

Celia is still very involved with her charity working seven days a week running the clinics and dealing with emergency rescue calls, often through the night. 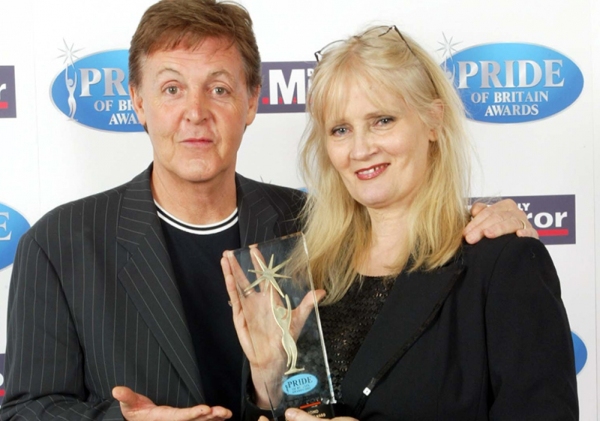 At the 2004 RSPCA AGM Celia was presented with the Society's most prestigious award, The Richard Martin Award, for her life-long dedication to animal welfare. She still works on average eighteen hours a day, seven days a week running the clinics and dealing with emergency rescue calls, often through the night.

The sanctuary was awarded the Pet Plan Most Deserving Cat Rescue Shelter Award in 1993 for the rescue/rehoming work carried out there.

In 2006 Celia was awarded the Linda McCartney Award for Animal Welfare at the Pride of Britain Awards, hosted by the Daily Mirror, for her forty years devoted to the care of animals.  Photo: Paul McCartney and Celia Hammond.

"THE IFAW LIFETIME DEDICATION AWARD GOES TO CELIA HAMMOND - One of the top models in the 60's appearing on countless Vogue covers, Celia used her modelling career as a platform from which to campaign against the fur trade, factory farming, vivisection, and other animal abuses. She gave up her career in the early 70's to devote her life to animals. She founded the Celia Hammond Animal Trust in 1986, with the main objective of setting up low cost neuter and vaccination clinics around the UK." 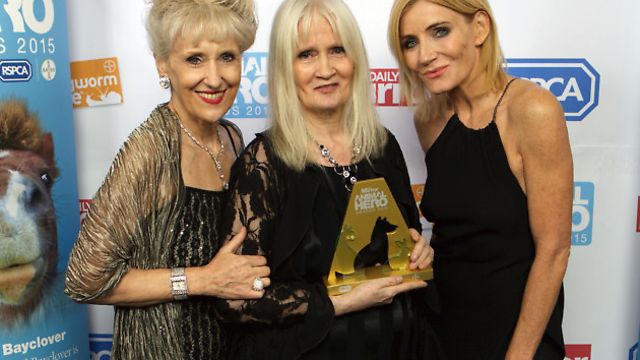 Vital Welfare work must go on

The clinics have neutered over 130,000 animals, preventing the birth of hundreds of thousands of unwanted puppies and kitten and have vaccinated over 175,000 animals.  Celia and her team continue to work relentlessly to help stray and abandoned animals with neutering, treatments, rehoming and providing sanctuary.