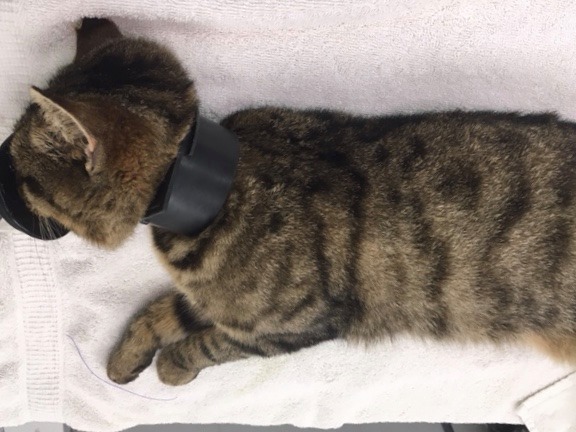 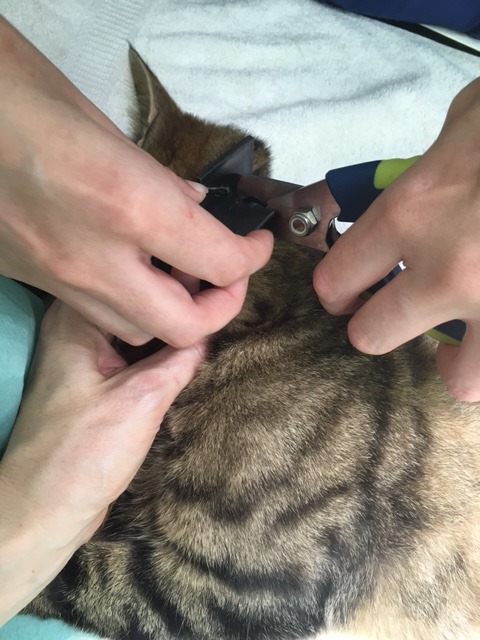 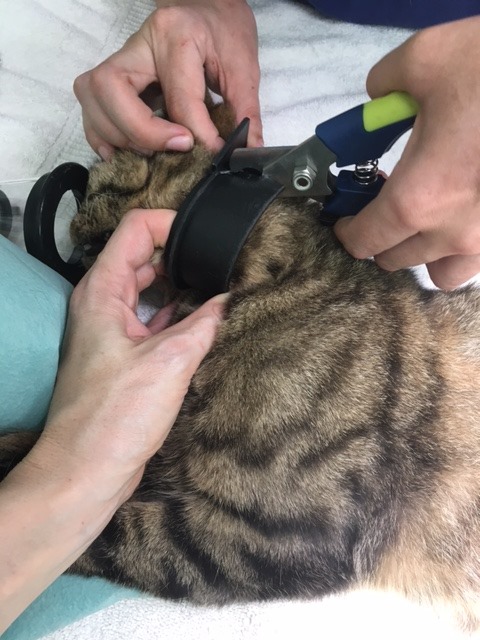 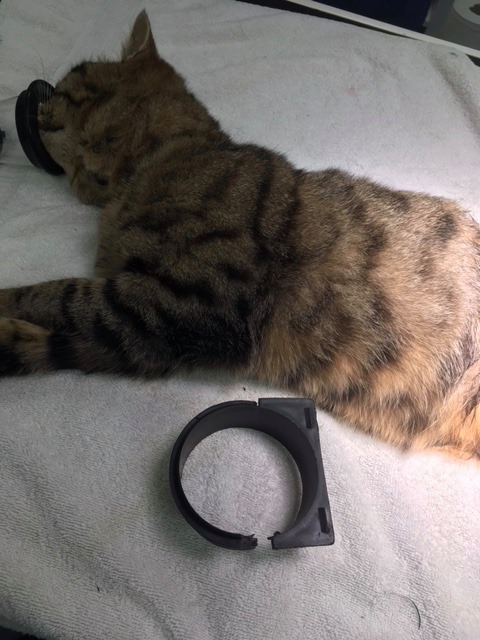 We were asked to help catch this little stray female cat after many failed attempts had been made by concerned cat lovers to trap her. She and two other stray females were being fed by a kind member of the public who had been calling everyone she could think of to get help for her. She was also due to move to Italy within 2 days and there would have been nobody to feed the cats.

Once alerted, Amanda, one of volunteer rescue workers, successfully caught her the next day.
The young cat is so extremely nervous and we didn’t want to put her through two general anaesthetics so we removed the piece of plastic drain stuck fast around her neck and at the same time spayed her. She is recovering from her experience and has been reunited with the other two cats from the same group, they are settling down well together. We are assessing them all to decide best how to rehome them.